May was, quite frankly, Owlmazing. Or OwlMayzing perhaps?  Who cares about terminology--especially when it's me just combining words on the fly.  Anyways, it was an interesting month.  My tour company, Mountain West Birding Company, led 5 owling trips on the month and logged a whopping 43 FLAMMULATED OWLS on said trips.  I even managed to capture a pretty good shot of one of the 6" tall beasts as it stared me down... 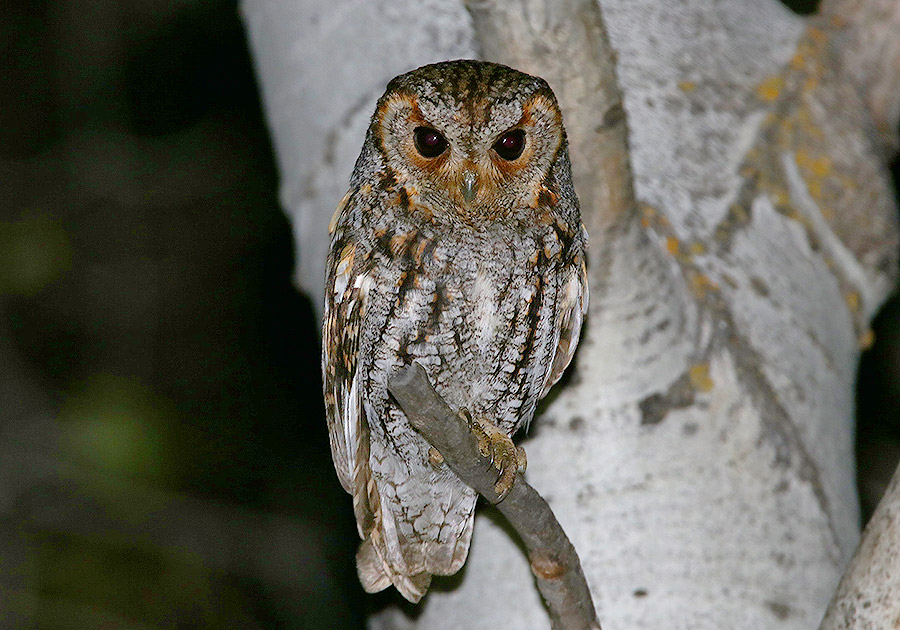 But it wasn't just the Flammy's that made May, Owlmazing.  How about the 8 NORTHERN SAW-WHET OWLS encountered while out?  Most were audibles--I heard at least 4 different call types including the typical song, the alarm call, a short series of hoots, and a chatter I had never heard before.  Would you believe that the latest encounter, happened to pose so I could snap a few close-ups? 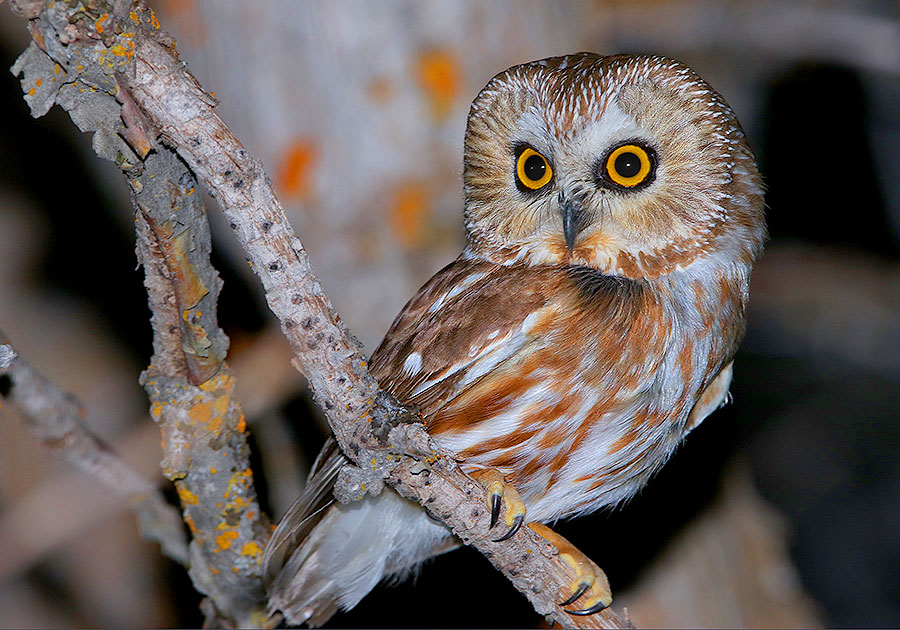 Say what? Saw what? Saw-whet!

The trips also led to 2 audible NORTHERN PYGMY-OWLS.  Typically I hear a few randoms during the Flammulated Owl trips every summer, but don't have my best encounters until August and September when the birds really start piping up.

In the middle of the month, my buddy Jeff Bilsky came to visit and co-lead the Marathon Birding Trip for the Great Salt Lake Bird Festival.  We decided to do some last minute owling scouting, just in case we needed an ace up our sleeve to tie/break our previous record.  We ended up not needing to since we fell well short, but the scouting did provide incredible looks at a resident WESTERN SCREECH-OWL in the city. 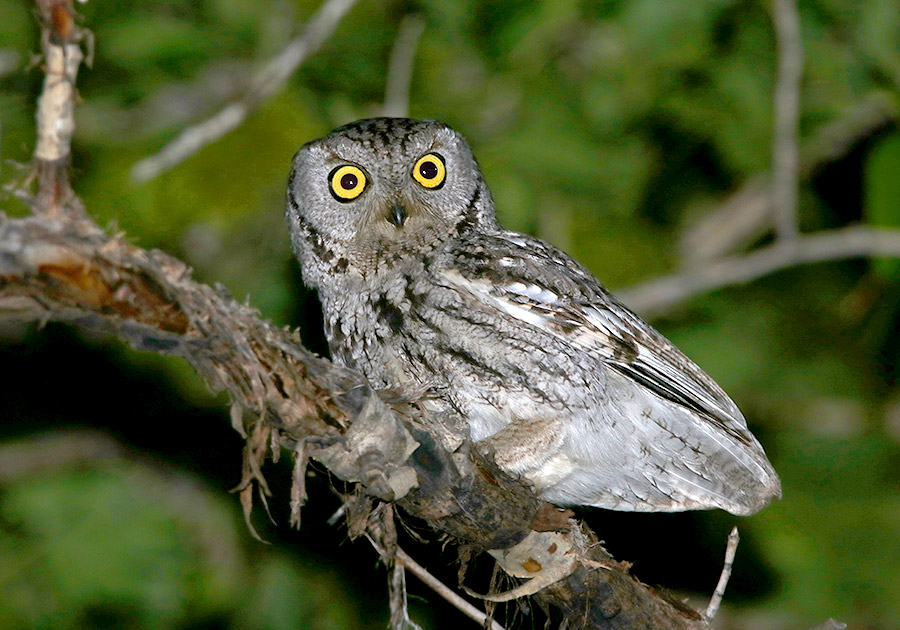 The death stare from this Screech-Owl

During the Marathon Birding Trip we had lovely looks at a couple of daytime owls.  The first was a confiding BURROWING OWL standing watch over its burrow at Antelope Island State Park.  The bird was so inconspicuous at first we didn't notice him for a few moments when we arrived. 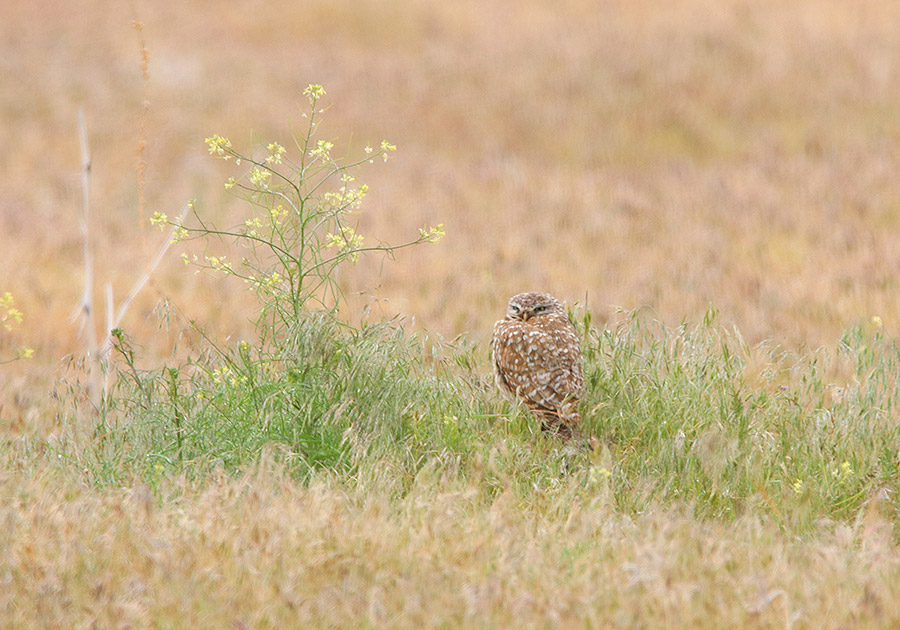 A short time later we had great looks at a GREAT HORNED OWL at a roost site.  I also had several GHOW at night calling--on tours and while leisure owling.  I even managed a decent recording of a distant one at Lytle Ranch near the end of the month.

Sheesh, these owls are all pretty serious...

This months owl quarry also included looks a BARN OWLS, and an audible LONG-EARED OWL at a desert nest site where I've had the birds the last few years.  The best owl of the month was a hooting SPOTTED OWL in the Kolob area of Zion National Park--a wonderful find albeit far off trail in an off-limits area so we couldn't track it down.  Perhaps the most intriguing sound was a possible ELF OWL singing in the Beaver Dam Wash.  I had gone looking with no luck, but later in the night heard what sounded like the distinctive chatter of the tiny desert owl twice. Looks like I might need to head back south to look again sooner than later.

9 species of owl in the month of May in Utah is a pretty good haul (and a possible 10th with the Elf!).  That's 2/3 of all the species of owl that have been recorded in Utah.  And I've seen 2 of the other 4 this year meaning that with some luck I could have a complete Utah owl sweep in 2017! Here's to 7 more owlmazing months!