So, sometimes I get annoyed with other birders... I can't help it.  We already are a strange group--we spend our free time looking at birds.  I mean it could be worse, we could spend all that time fixated on a TV watching garbage like Duck Dynasty or 16 and Pregnant.  We could be glued video games, wasting our lives away.  We could be into collecting things, like stamps, or crystal figurines.  We could focus our energy solely on fantasy football--which let's be honest is dungeons and dragons for jocks (or sports nerds like myself).  But we choose to watch birds.  Some think it's strange, I think its awesome.  BUT... Not so awesome that I break out into poem or soliloquy about birds.  They're cool and all, but we need to relax on waxing poetic.

Don't get me wrong, birds bring out an array of emotions in people.  I've seen grown adults brought to tears when a 50 person charter bus rumbled over a family of Dusky Grouse crossing a road during a tour.  I watched Big Year Birder Greg Miller, illuminated solely by headlamp, do a happy dance in the dark in the middle of a state road after finally seeing a Flammulated Owl.  I myself have been known to high five, fist bump, and get giddy when I find something awesome, or have a successful 300-mile chase to southern Utah.  But, you'll never find me waxing poetic about it.

I won't turn to Facebook, Instagram, Twitter, my blog, or anywhere and turn birding into some romanticized fairy tale. It's not, it's just looking at birds.  I won't write in descriptive overtones to set a scene. I won't over describe a bird--this might just be my biggest pet peeve with birders.  We know what a flipping Prothonotary Warbler looks like.  Describing the color yellow, or the offset blue-gray as anything more than what I just did is overkill (okay, you can say golden-yellow in the face and I won't complain).  I've noticed a trend with birders to talk about birding as if it were a transformative experience.  It's just birds.  Like it. Love it. Make it your way of life.  But quit it with the haikus. Stop it with the poems laid over the pictures of birds.

"Tim, you're being an a$$hole".  My inner monolog quipped.  Okay, so #endRant.  The point is here is a picture of a pretty epic Bohemian Waxwing I took yesterday at the University of Utah.  It;s a pretty awesome bird.  I think the photo speaks volumes. 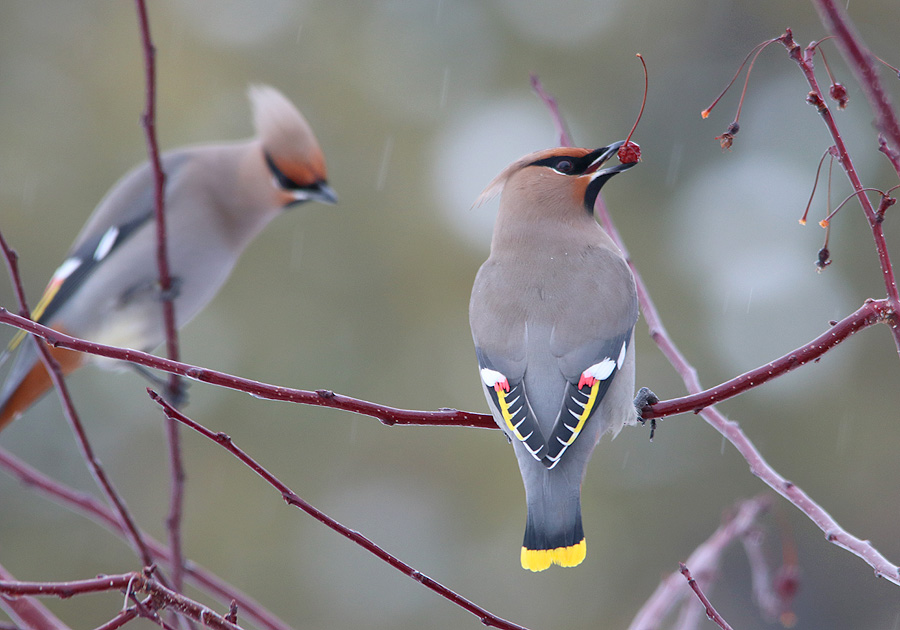 But I'm not going to sit here and start waxwing poetic about it... See what I did there?  Sometimes we just need to share a picture, and not make it out to be anything other than what it is--in this case a bird.  so next time you want to write about your latest "birdquest", take a step back and remember your audience--although I guess knowing so many birders, some of you should probably just wax on...

Here are a few more waxwing shots since you made it this far... 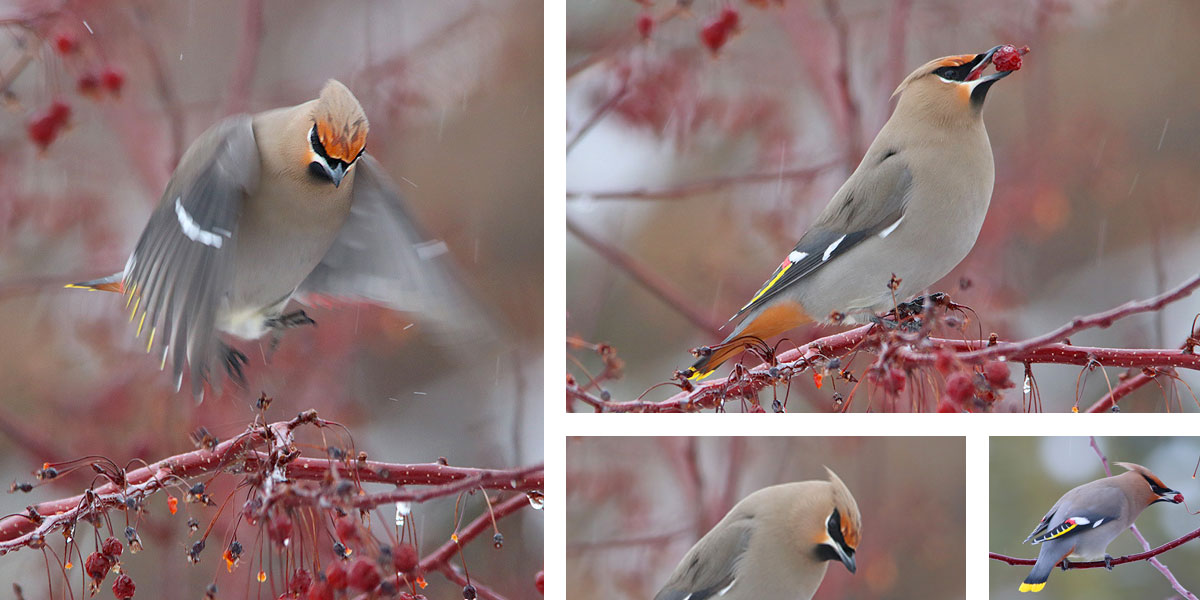