May 27, 2021 - From Salt Lake City, Utah
In between owling tours, and our Marathon Birding Tour for the Great Salt Lake Bird Festival, we fit in a custom day tour with a trio of clients from Michigan. The goal was birding in general, and given the time of year, the tour we recommended focused on the Great Salt Lake. Opting for an early start to try and catch Chukar at first light on Antelope Island, we picked our guests up at 5:30 AM in Salt Lake City and made the 40-minute journey to the Great Salt Lake. We made a quick stop outside of the park to catch a few birds up close. Yellow-headed Blackbird, American White Pelican, Ring-necked Pheasant, and White-faced Ibis were some of the first birds for the day. 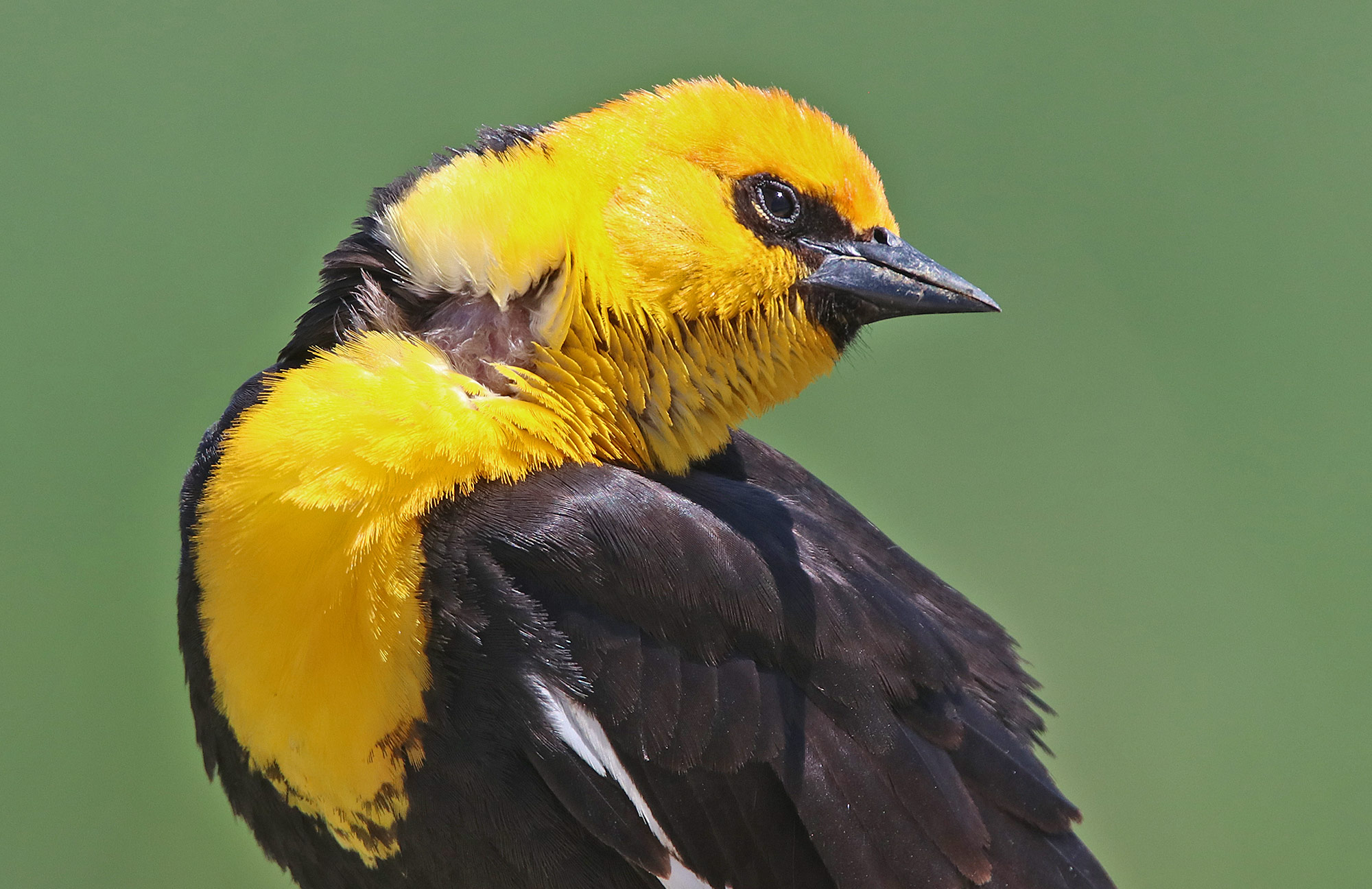 Yellow-headed Blackbird is always a crowd pleaser.
We mostly skipped the causeway on the way to the island—the brunt of shorebird migration had passed, really limiting the possibilities. Heading straight to our Chukar stakeout, we got lucky and found a bird perched high on a rock upon arrival. A quick search turned up 2 more birds, making for quick success on this species that has become much harder to find since the winter of 2018-2019. 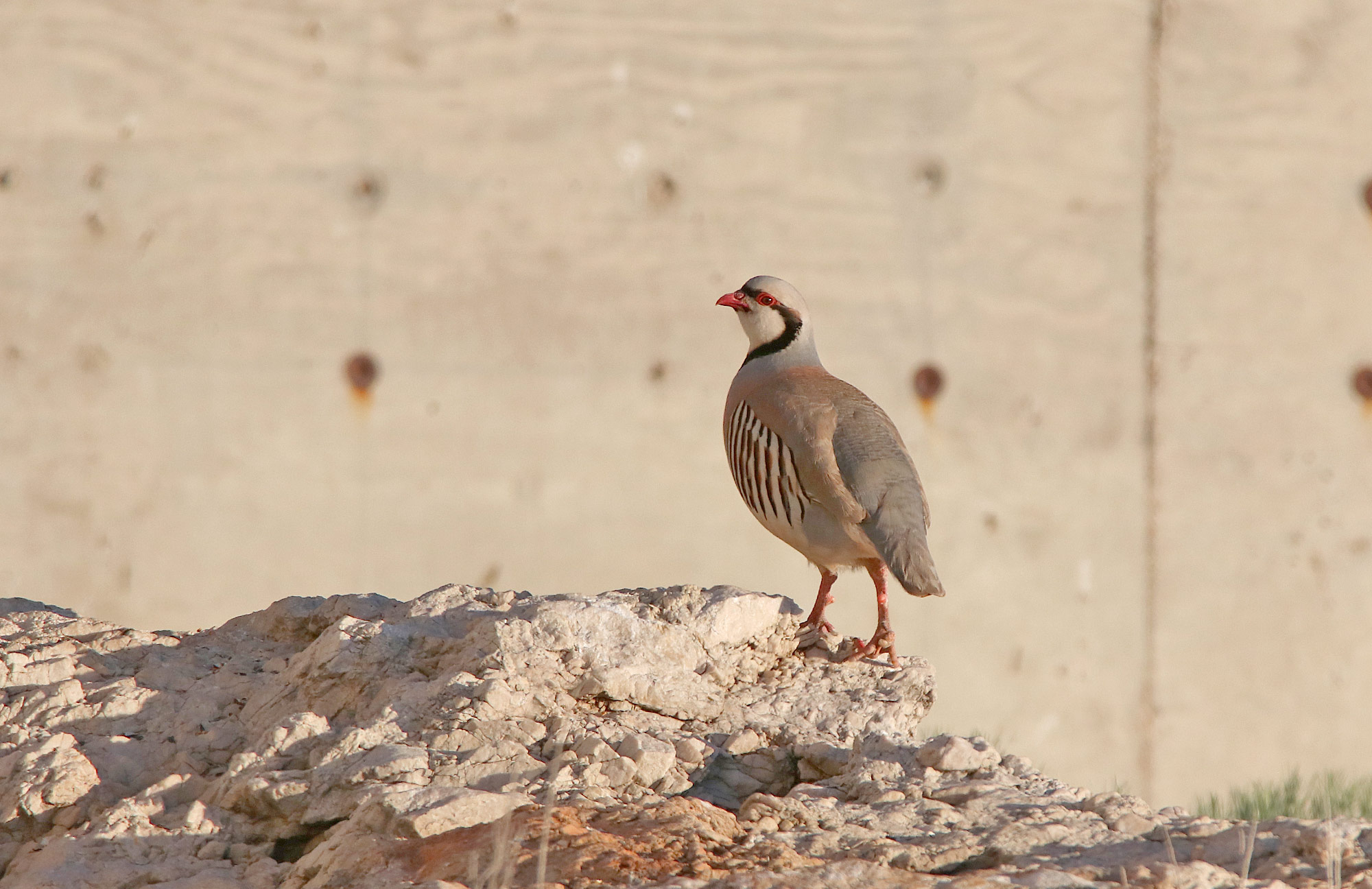 Chukar at Antelope Island State Park
While on the prowl for Chukar we added Rock Wren, Northern Mockingbird, and Loggerhead Shrike. A single Long-billed Curlew flyover was our only visual for this species on the day. We tracked down several Burrowing Owls at their burrows, while we enjoyed the serenading from Western Meadowlarks in the early morning light. 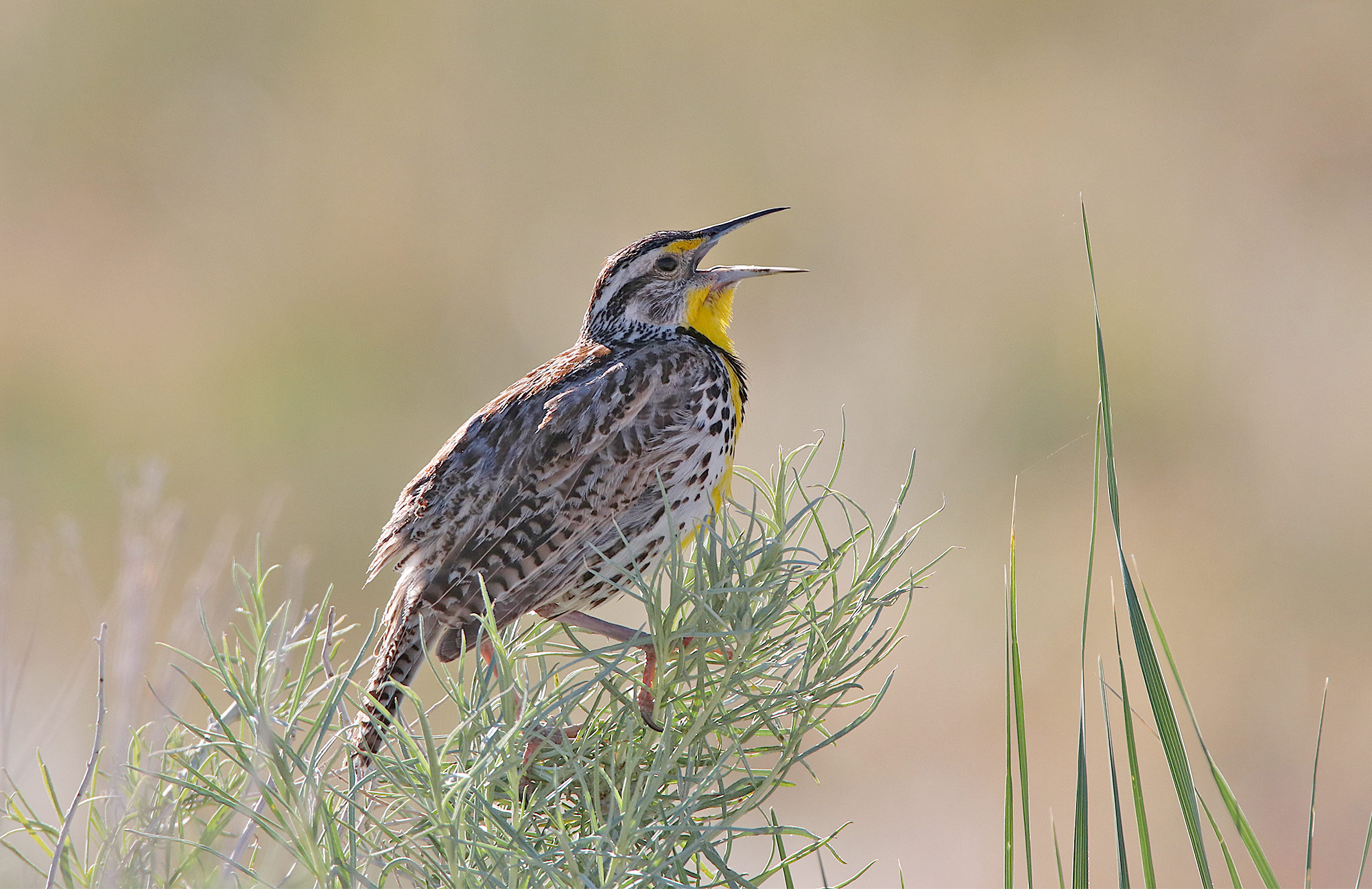 Western Meadowlark belting out a tuney
We spent a few minutes enjoying one of the island's resident Great Horned Owl families, and checking out roaming flocks of Brewer’s Sparrows, Lark Sparrows, and Horned Larks. We found a small herd of Pronghorn with several females radio-tagged and collared for some study. They lounged lazily in the grass, keeping fairy well hidden—but not completely. 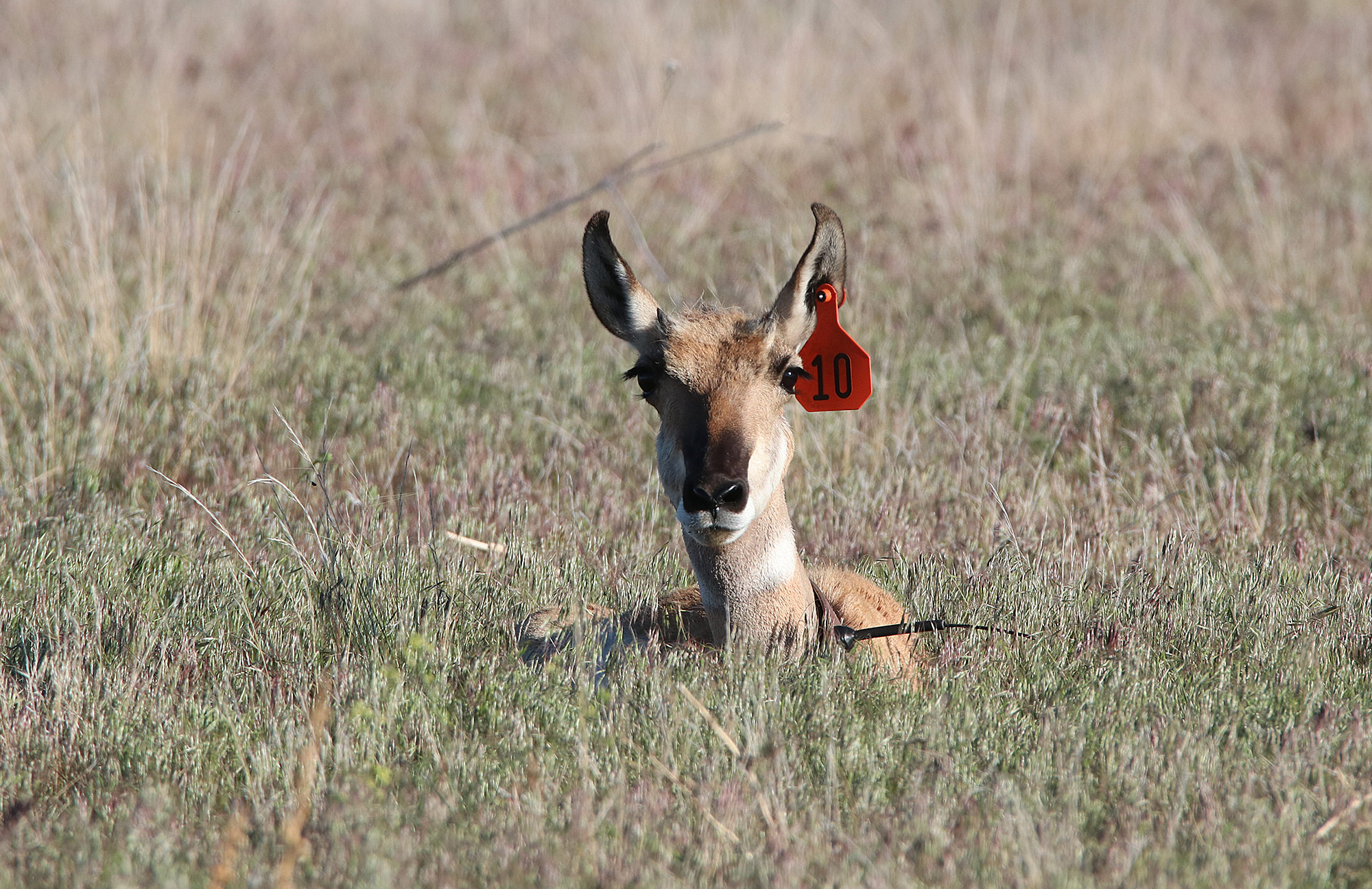 A radio collared and tagged Pronghorn on Antelope Island
Our original plans for the day were a quick visit to the island and then birding at higher elevation for our montane breeders—but with songbird migration appearing a little behind schedule, and many songbirds still stacked at lower elevations, we traded the mountains to visit Garr Ranch on the island, and see what migrants were there—a good call in hindsight! As we arrived the song of Yellow Warblers was only overshadowed by the starlings (cest la vie). Almost immediately, a hard fitz-bew of a Willow Flycatcher could be heard in the picnic area. We made our way towards the sound and quickly found it in the shadows of one of the historic buildings.

Overhead, Western Tanagers sang and called. Several males sat out in the sunlight providing killer looks at this species that really should be the Utah state bird (I am biased given the fact this was the bird that really hooked me in the early 1990s). We enjoyed watching them forage for insect, as well as fly-catch, watching one male come up with a red insect of some sort—it was hard to tell what since most of the creature was already in the mouth, with only a few red parts protruding from the bill! 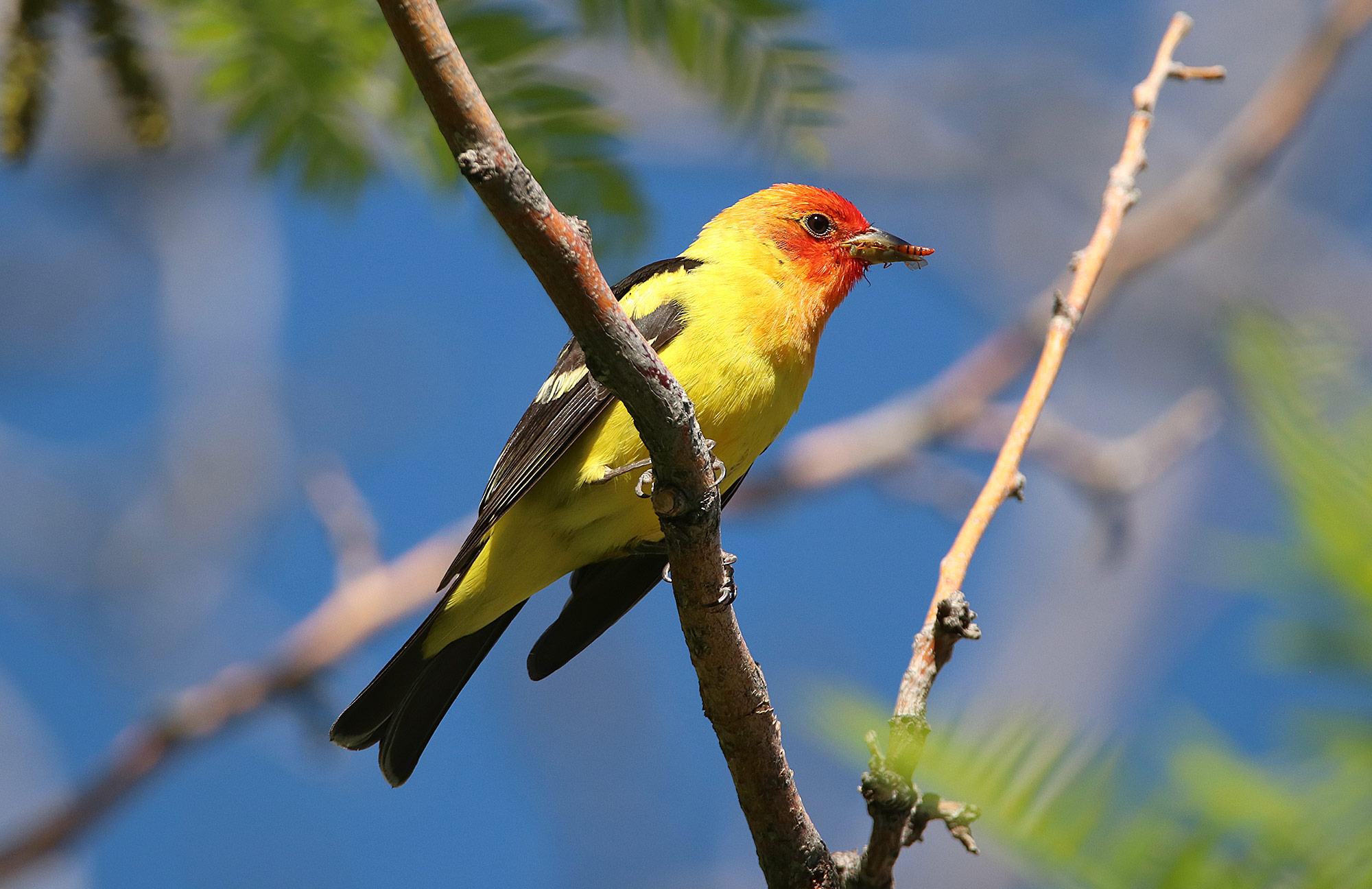 Western Tanager with a delectable morsel
One of several MacGillivray’s Warblers present on this morning showed in a tree above while we watched the tanagers. It flew when a Great Horned Owl came buzzing overhead, and landing briefly!  Other migrants showing in decent numbers included Wilson’s Warbler, and at least 3 more Willow Flycatchers. There was a good variety of species in small numbers. Single Warbling Vireo, Western Wood-Pewee, Green-tailed Towhee, Black-headed Grosbeak, White-crowned Sparrow, and Lazuli Bunting added to the fun mix of birds present. 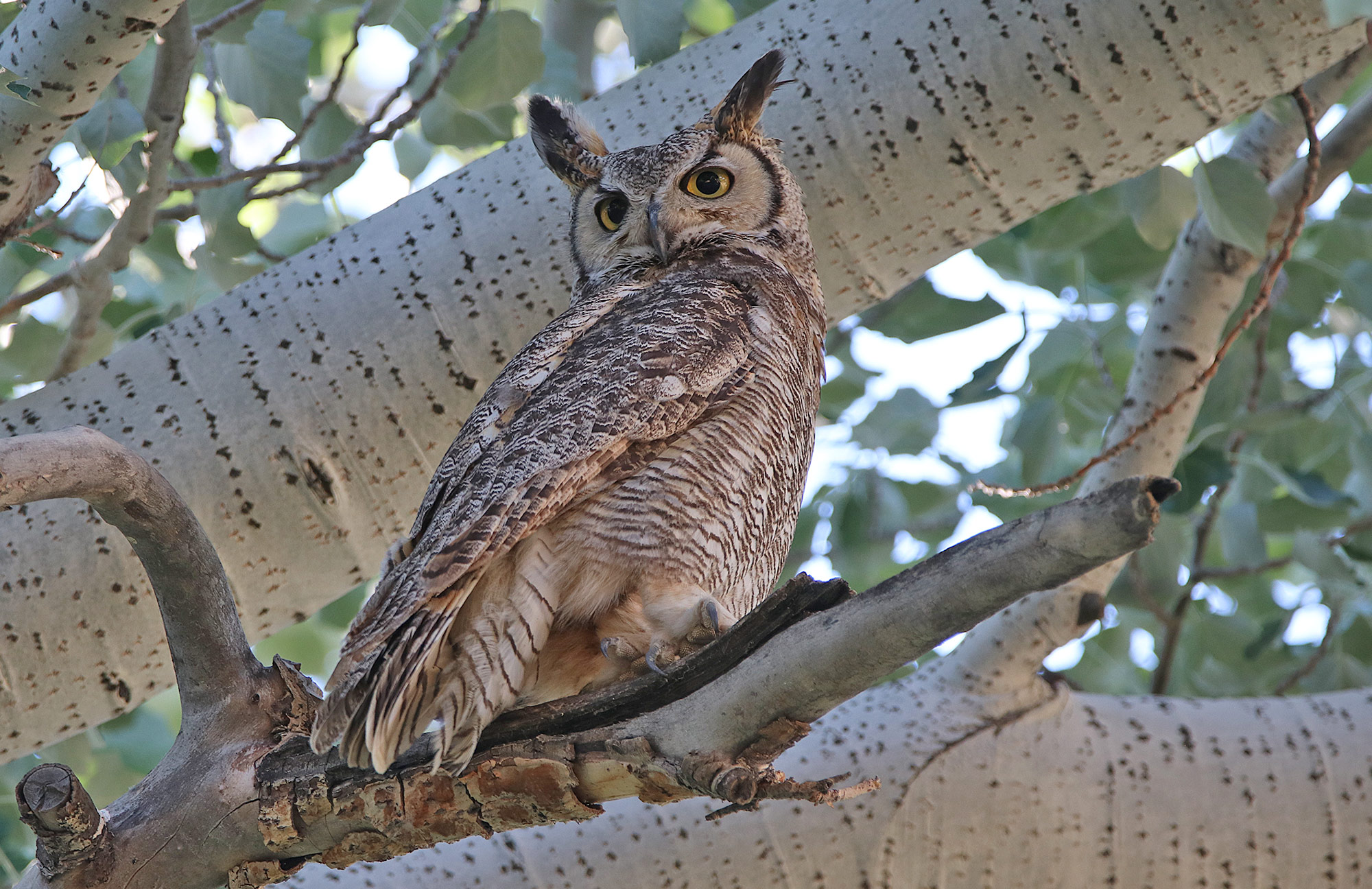 Great Horned Owl surveying the birders below
As we wrapped up our birding at the ranch, we tallied 32 species. Heading back to the parking lot another spring arrival added to our count with our first Common Nighthawk flying around the picnic area. Right on time, this late western migrant made a few passes before finding a roost in the trees over the picnic tables. The last week of May is when this species shows up in northern Utah and May 27th is the date I usually expect to start seeing them—so perfect would be a fair description of their arrival this year! 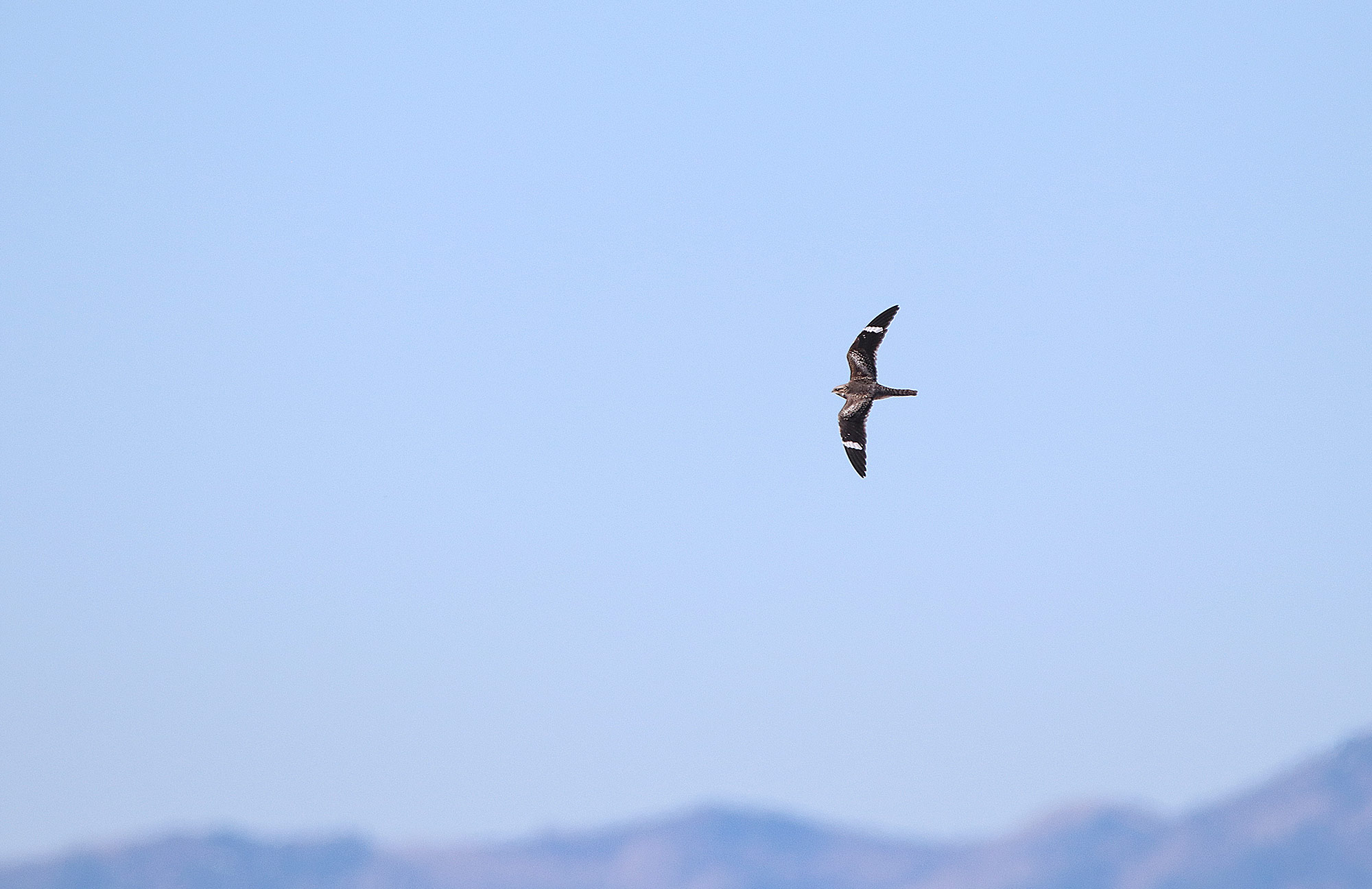 The 1st Common Nighthawk of the year!
Leaving the island we spent a little time on the causeway, observing the usual suspects. Several hundred breeding plumage Eared Grebes and smaller numbers of Black-backed Stilt, American Avocet, and Franklin’s Gulls were the main targets. A flyover Caspian Tern heading west over the lake seemed lost—not sure what fish it planned on finding over the open lake! We made a brief stop to add Snowy Plover to our trip list before continuing on to our next stop at Farmington Bay WMA.
In May, even a short visit to Farmington Bay canceled a wide variety of species. We spent just over an hour here and picked up 43 species. Highlights included a pair of Ring-necked Ducks still present at this late date, a lone Blue-winged Teal (a common bird for our eastern friends, but one that occurs only in small numbers here), both Clark’s Grebes and Western Grebes in decent numbers, and the ever-present Neotropic Cormorants that are now a staple here it seems. 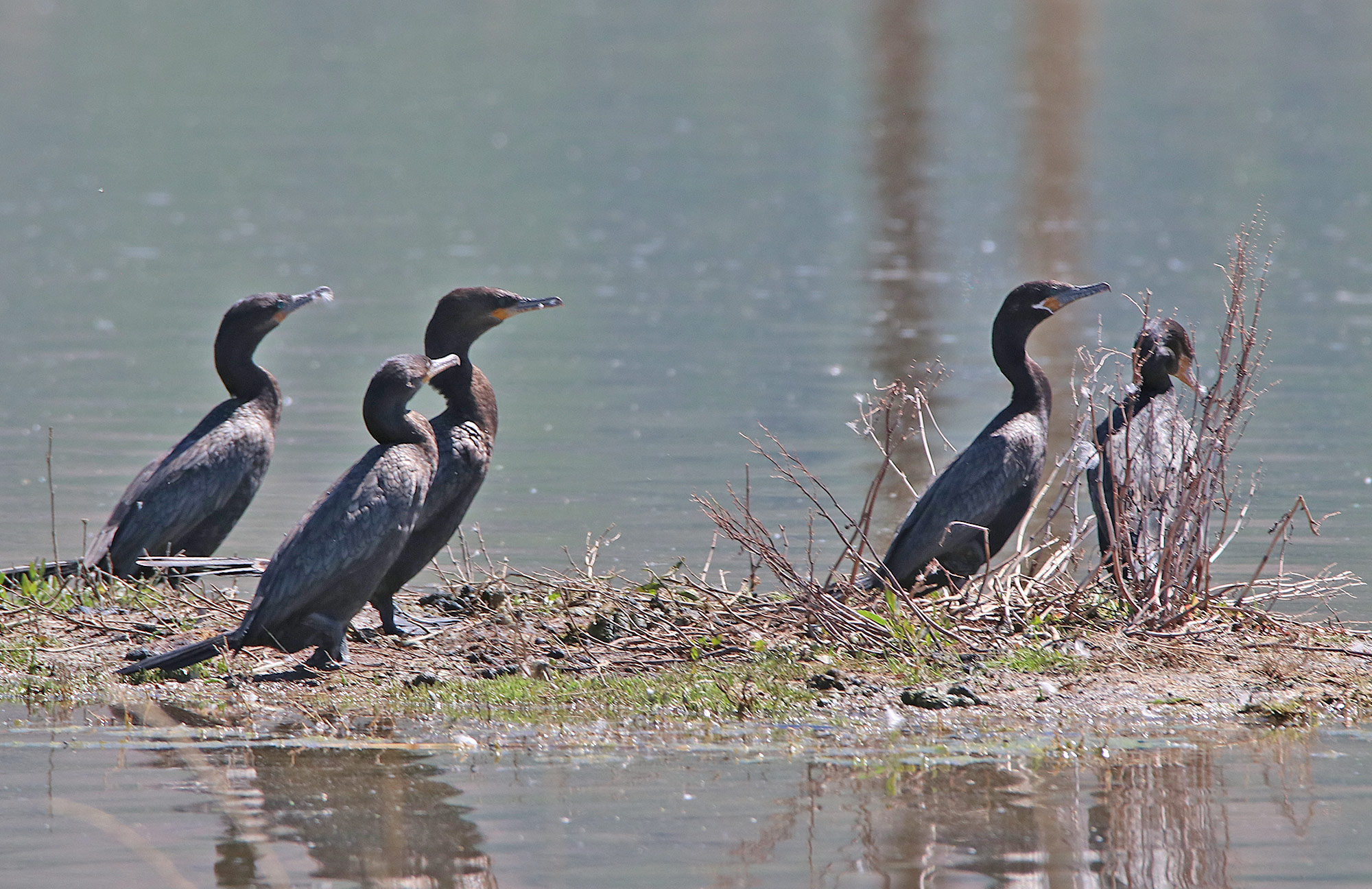 A flock of Neotropic Cormorant
With a little time to spare, I asked if the crew was interested in seeing the Tundra Swans that are still here (read about this on our Marathon Birding recap). We made the quick drive back into Salt Lake City, then up Millcreek Canyon, where the 9 swans were still swimming on the small pond in the mountains—1,000’s of miles from where these birds should be breeding and enjoying their summer, on the tundra. 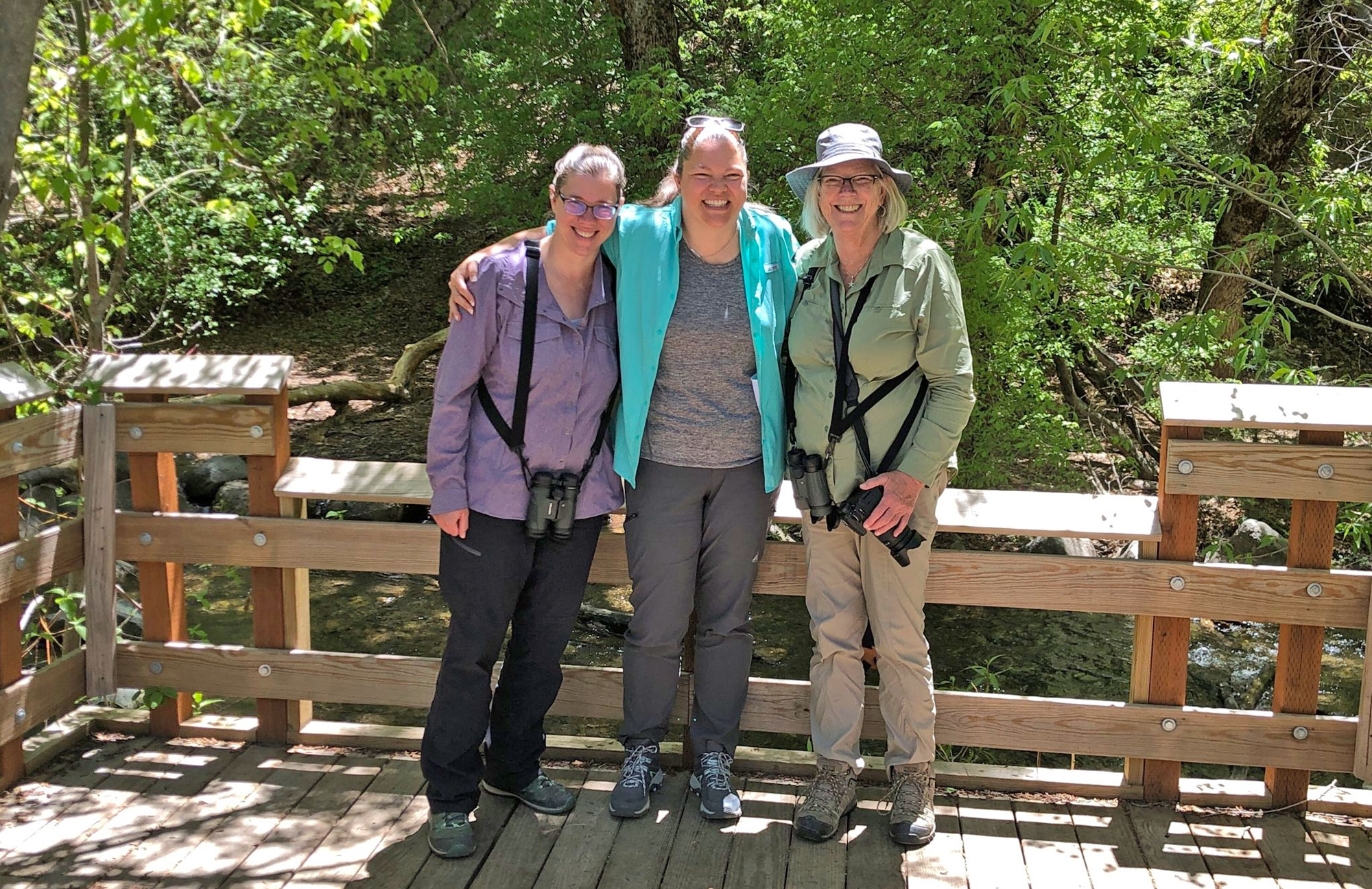 Our group wrapping things up for the day!
Several Steller’s Jay and a flyover Broad-tailed Hummingbird wrapped up our tour. Many thanks to Judy, Liz, and Jenny for the enjoyable morning in the field. For more information on custom tours, check out our custom tours page on the website!
Photos from this Tour:
View the Photos
Birds Seen on this Tour:
View the Checklist