May 11 - August 18, 2020 - From Salt Lake City, Utah
If there was one thing about the summer of 2020 that was normal—it was the reliability of Flammulated Owls in the mountains just outside of Salt Lake City. While we had a big summer full of tours planned, I ultimately pulled the plug on almost everything except the Flammy tours. The reason was simple—I could meet my clients in the field, distance, and wear a mask, while still sharing these incredible creatures with the world. There were some caveats though. I didn’t have any large groups. I think the biggest was a family of 5 that came with me in May. Other than that most of my parties were parties of 2 friends or family or individuals. It made the tours simple but meant I still ended up doing a fair amount of owling tours. 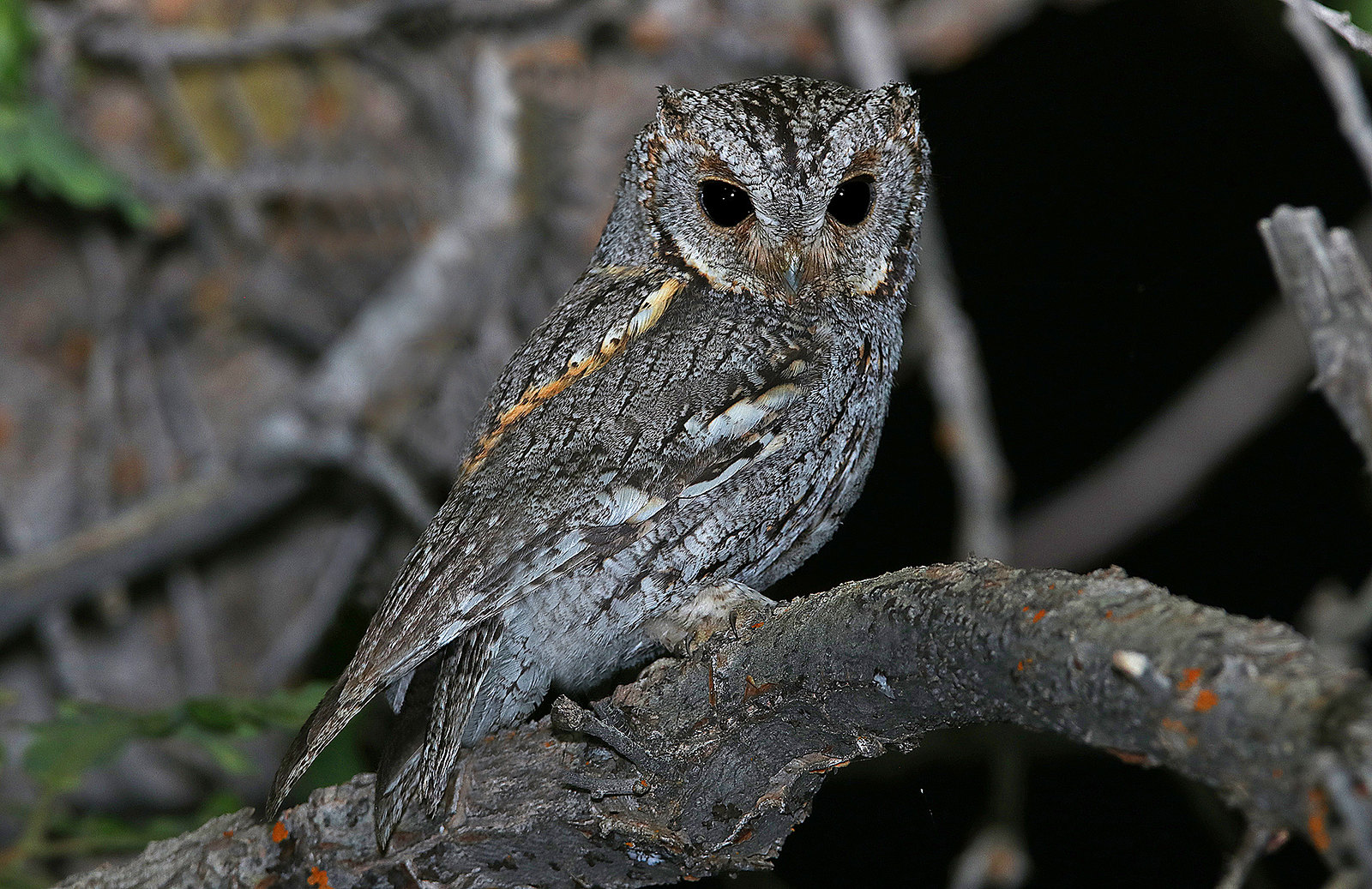 Flammulated Owl from a May tour in southwest Utah
Let’s start with the basics. In all, I led 18 Flammulated Owling Tours this summer. Several were part of private tours booked as part of bigger itineraries, while the majority were those small private individual tours. During those 18 tours, we saw or heard a total of 130 Flammulated Owls. A lower count than most summers, but quite often the looks were so good early on that we didn’t keep owling later into the night. 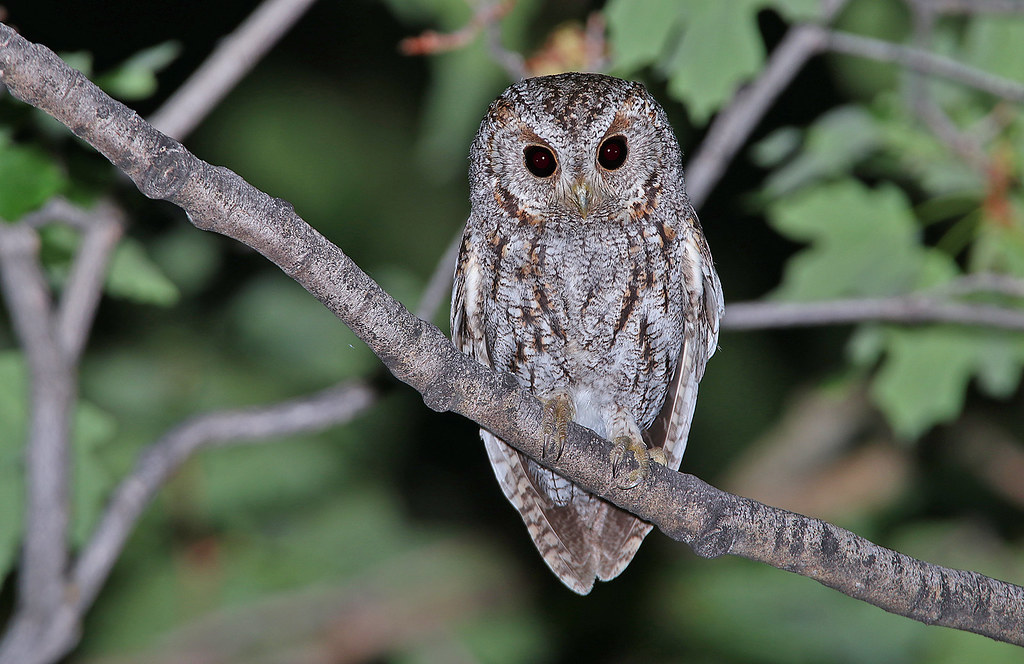 This Flammulated Owl from early June was incredibly cooperative
In all, I found owls in 7 different canyons this summer. These canyons mostly are in 3 larger areas that I split my tours evenly between based on time of the season, day of the week, and making sure that I try to spread out tours to keep the experience fantastic for everyone that comes. How do I do this? I most cases every tour visits a different set of trees or patches of forest within these larger areas. This means that on almost every tour, the birds we encountered haven’t been interacted with this summer—at least by me. This gives every group a chance to see owls that aren’t being harassed week in and out like some local birders and photographers, and tour leaders elsewhere do. 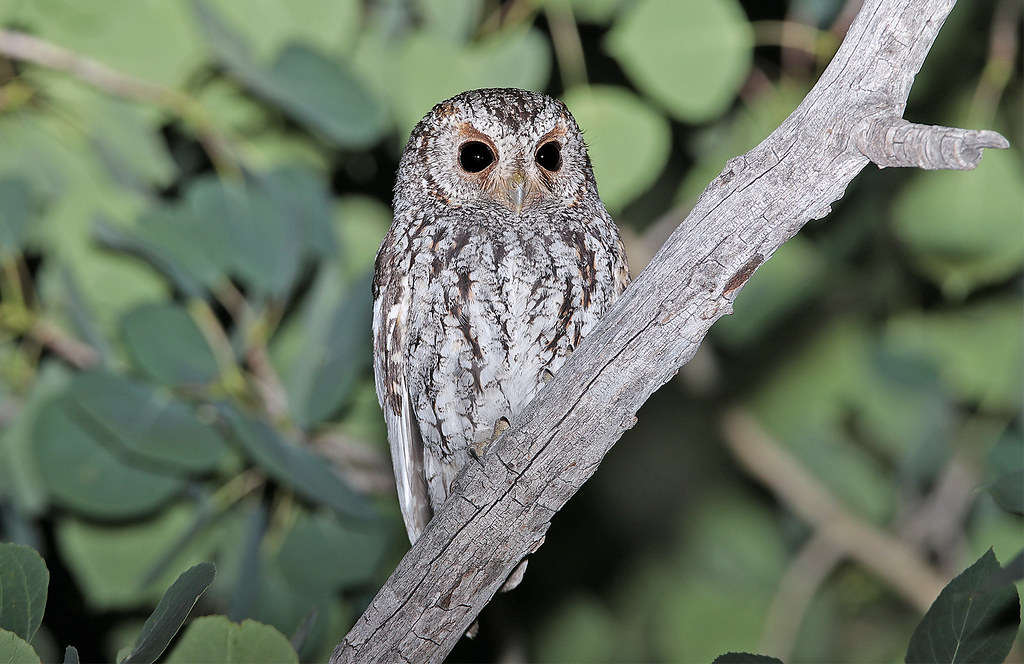 Even ad July wore on the Flammulated Owls were still giving great looks
I also did a quick private owling tour in Washington County that included some diurnal owling. This tour in late May over the course of 2 days produced 7 Flammulated Owls, as well as Barn Owl, Burrowing Owl, Great Horned Owl, Western Screech-Owl, Long-eared Owl, Common Poorwill, and Lesser Nighthawk. 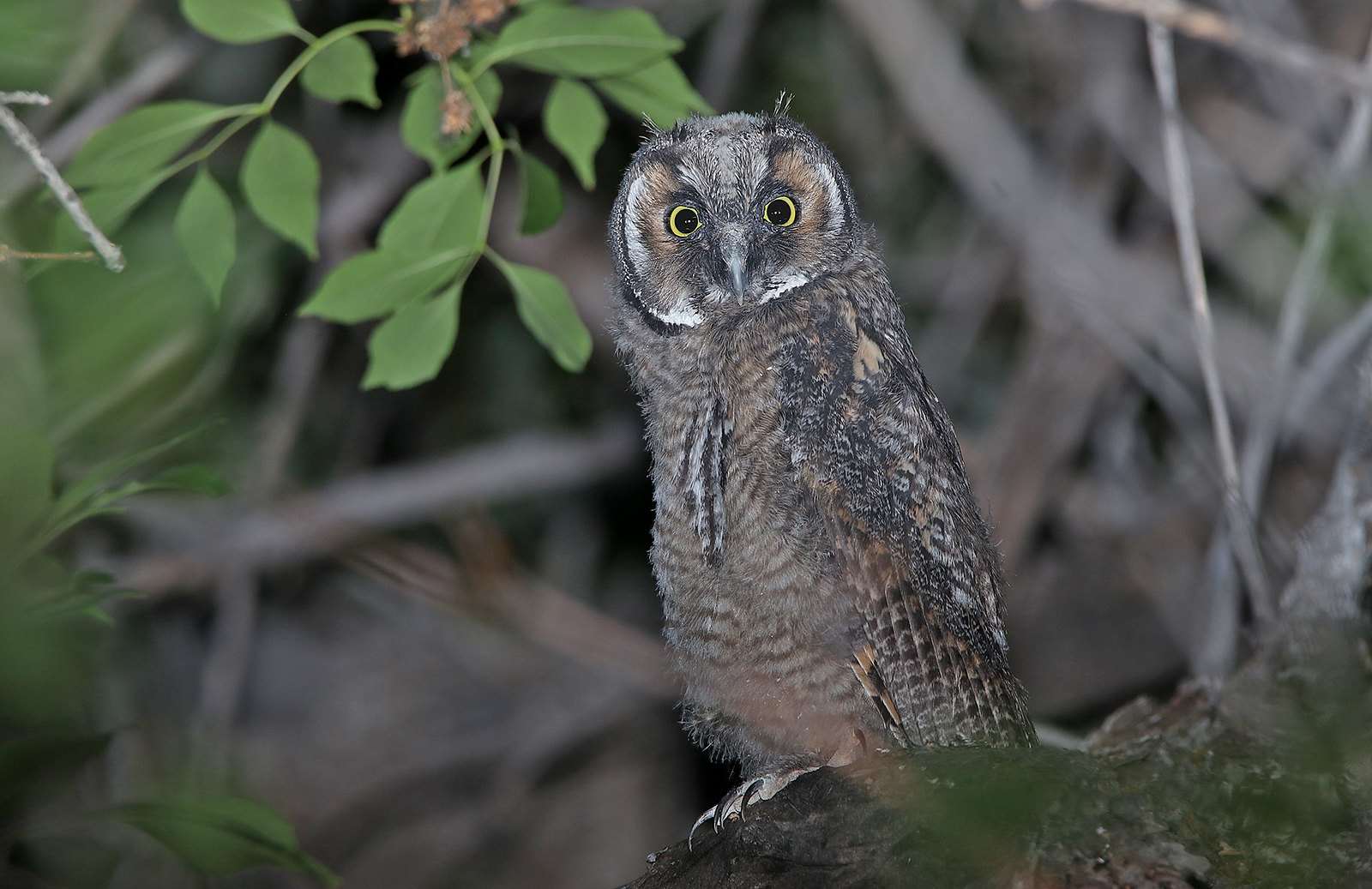 Not a flammy! This Long-eared Owl was found during our May tour in southwest Utah
Most of these birds would normally be seen on my Birding Zion Tour in early May, but it was canceled—at least going forward we have a nice variety of owls to look forward to here!  Back in the north, I ran 3 tours in May, 4 tours in June, 6 tours in July, and 4 more in August. Our biggest night was 12 Flammulated Owls on May 26th, followed by 11 on June 4th. We averaged just over 7 Flammy’s per tour this year. 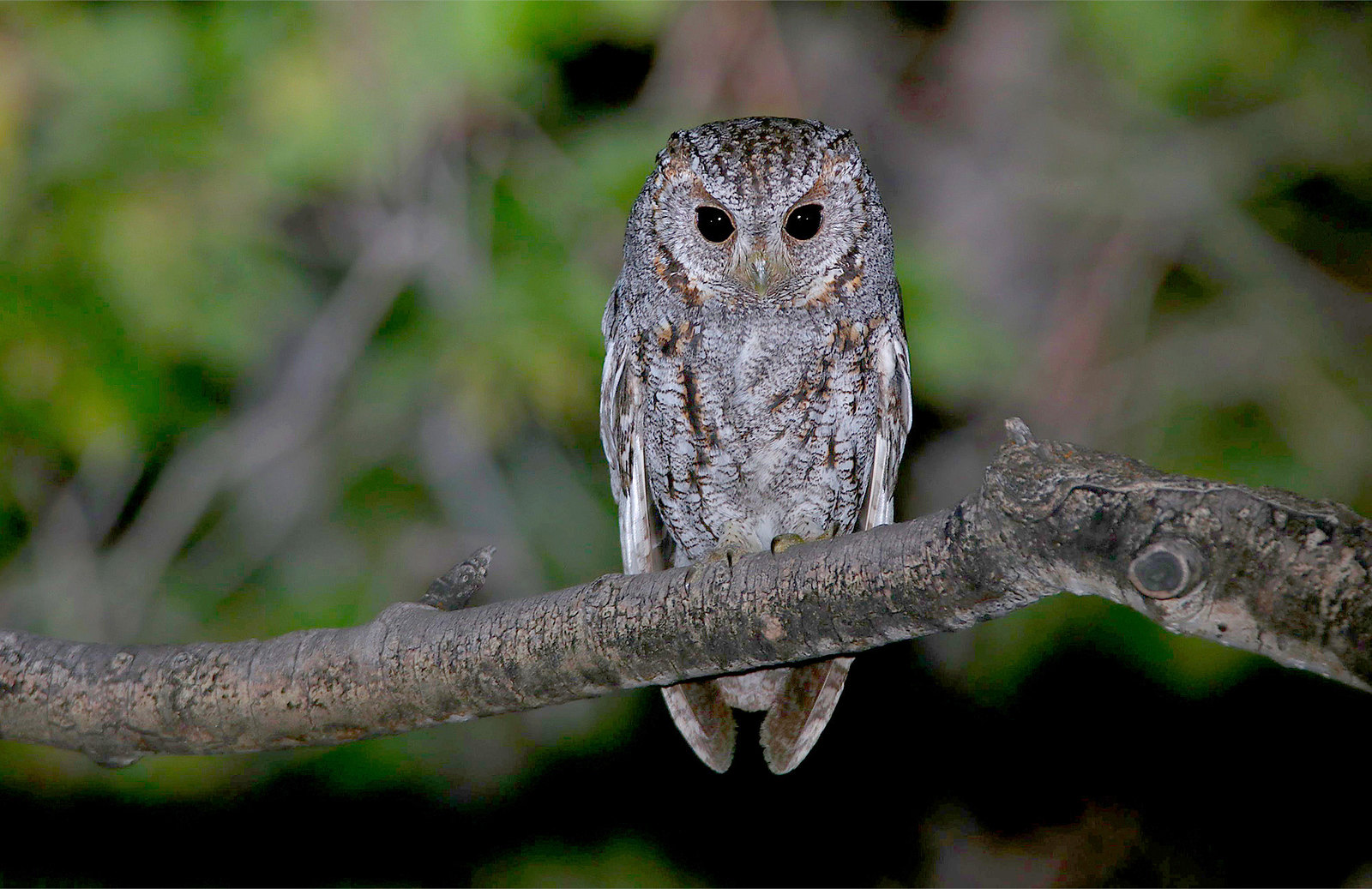 One of my favorite shots from the summer was this mid-May Flammulated Owl
In mid-July, while checking old nest cavities I located an active Flammy nest and watched it for several days. It was the only active nest I located this summer, despite checking nearly 20 cavities from previous years. The status of the active nest is unknown though—as about a week later I observed a Northern Flying Squirrel emerging from the cavity. It was definitely late enough for the birds to have fledged, and I really hope that happened before the squirrel took over! 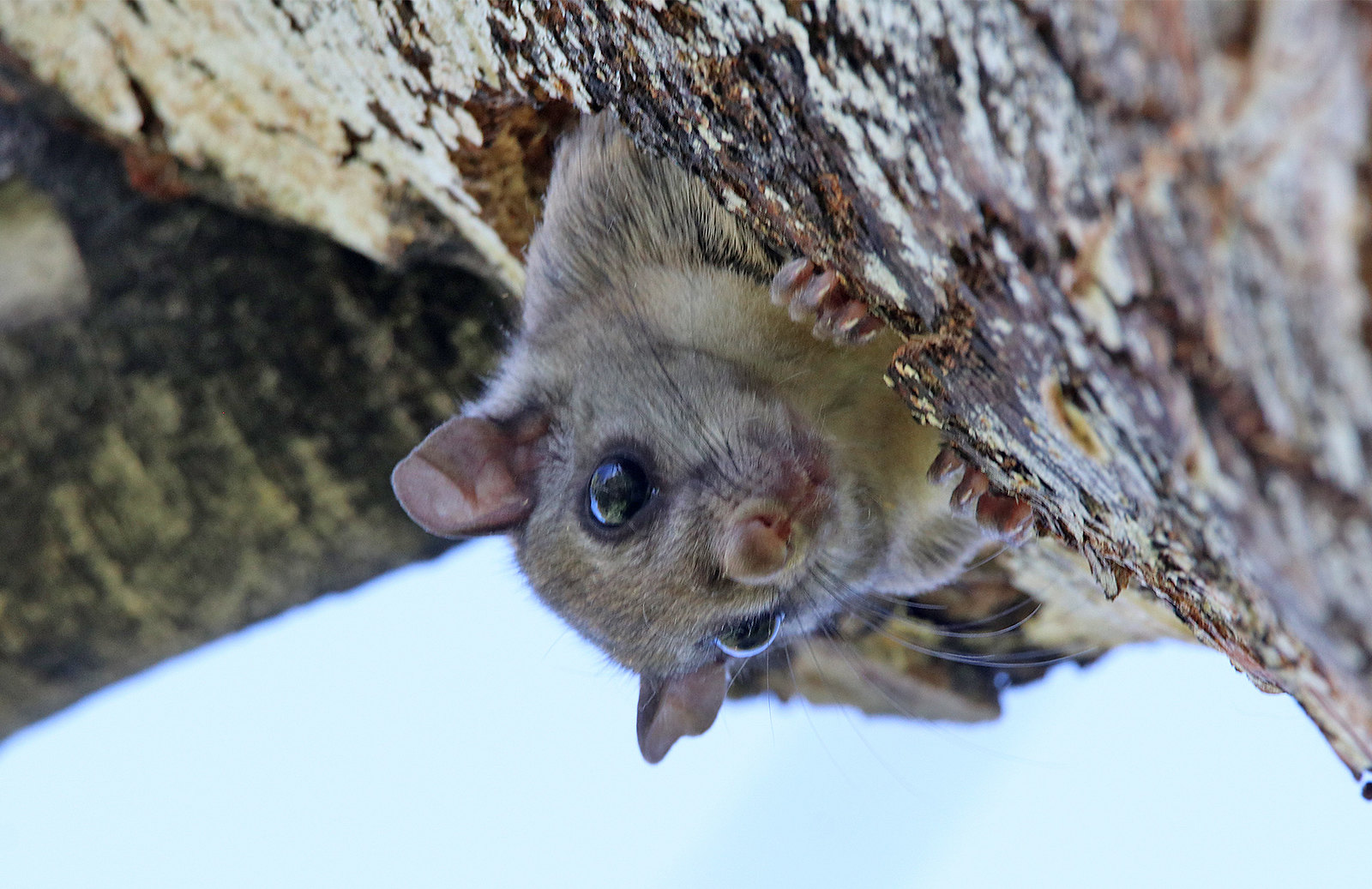 The Northern Flying Squirrel that moved into this Flammy nest
I ran a late tour on August 18th and we still were seeing owls with relative ease. At this point, most of the birds we saw appeared to be younger, and in almost every case were calling independently when located. Testing out those vocals and making some odd calls for sure! 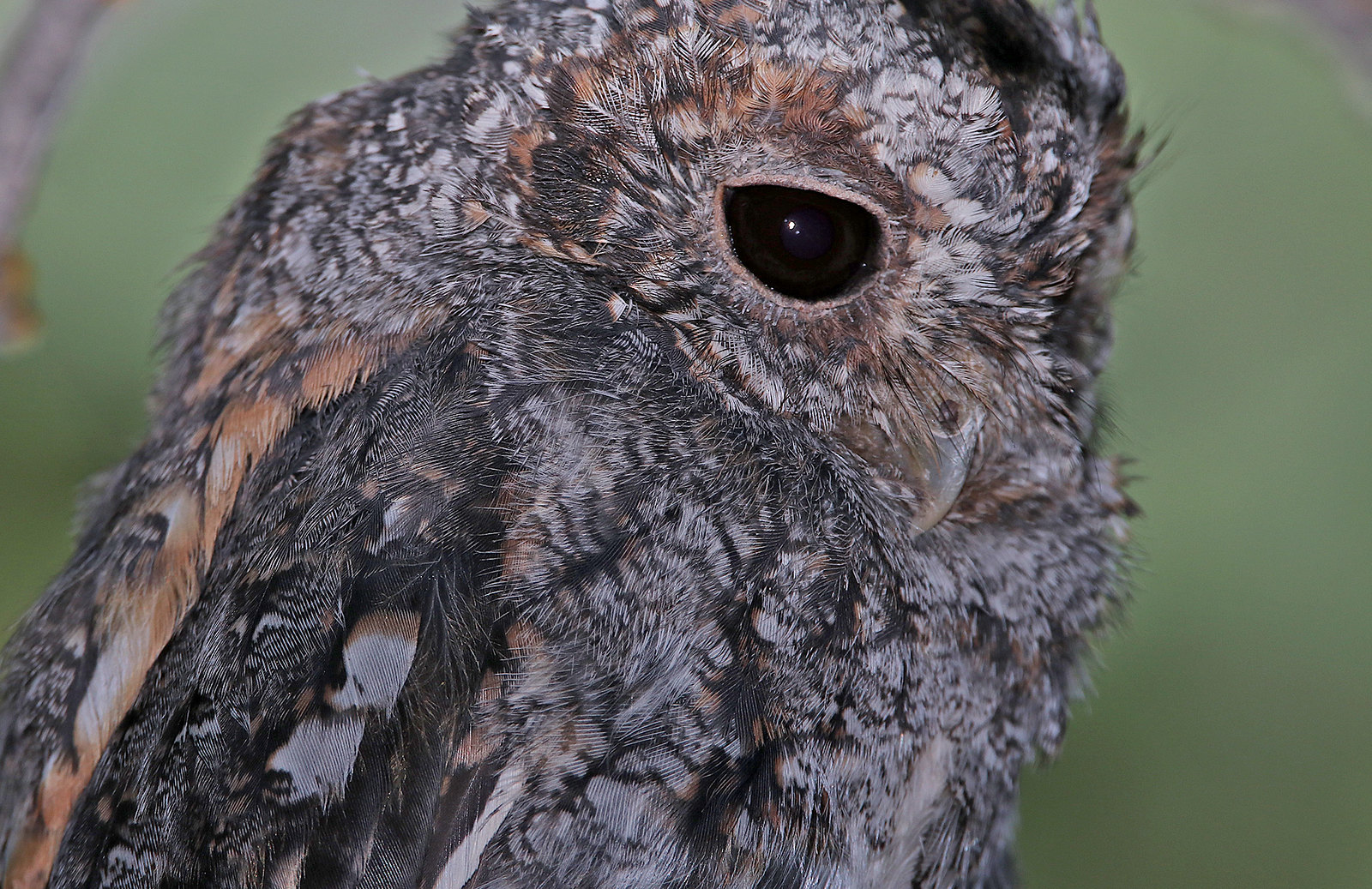 The last Flammulated Owl of the year--a recently fledged bird still growing those feathers
In the end, I look back at the summer of 2020 as another successful season in the books. While overall numbers were down due to fewer tours, the viewing this year was top notch. Active and cooperative birds provided an incredible opportunity to talk about this species with a variety of clients, and in many cases, some of the photo ops were the best I’ve seen. With the 2021 season 9 months away, I hope the world can get back to normal and I can share these incredible owls with even more birders as I enter my 14th summer leading these tours!