July 10, 2020 - From Salt Lake City, Utah
With my June Crossbill tour canceled due to Covid-19, I had the opportunity to put together a one-day Crossbill Chase to southern Idaho in early July. This tour is typically a 2-night 3-day adventure that includes looking for Flammulated Owl, Black Swift, and all the juniper and sage species in Utah before heading to Idaho for all the southern Idaho specialists. This tour is designed for people who’ve already seen Himalayan Snowcock—or have no interest in that species. But with a. Handful of clients reaching out about crossbill, I worked with 3 groups to meet in the South Hills and show them Cassia Crossbills!

On July 10th I left Salt Lake City early in the morning for the 3.5 hour trek to the South Hills. I arrived int eh area a little early so did some birding on the way into the “hills”. This includes a stop in a riparian habitat I like to bird where a Northern Harrier was hunting over a nearby field. The adult male bird was a nice contrast to the many female/young birds I typically see in the agricultural areas in south of Twin Falls. 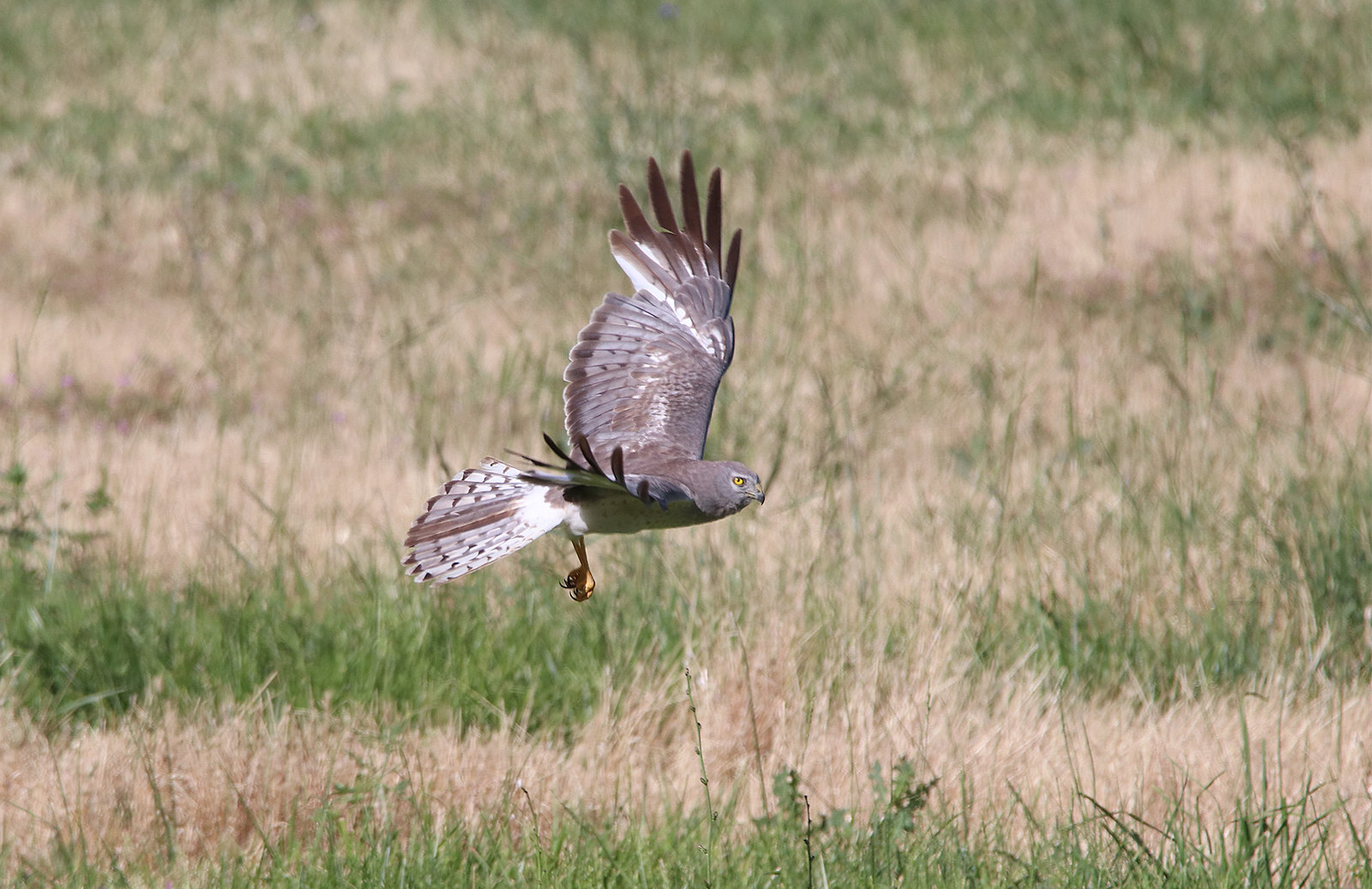 A male Northern Harrier--the "Gray Ghost"
One of the exceptionally common birds int eh area is the Yellow-breasted Chat. If you stop just about anywhere along a riparian area here you can hear the birds calling, and with some careful stalking, photos are a possibility. 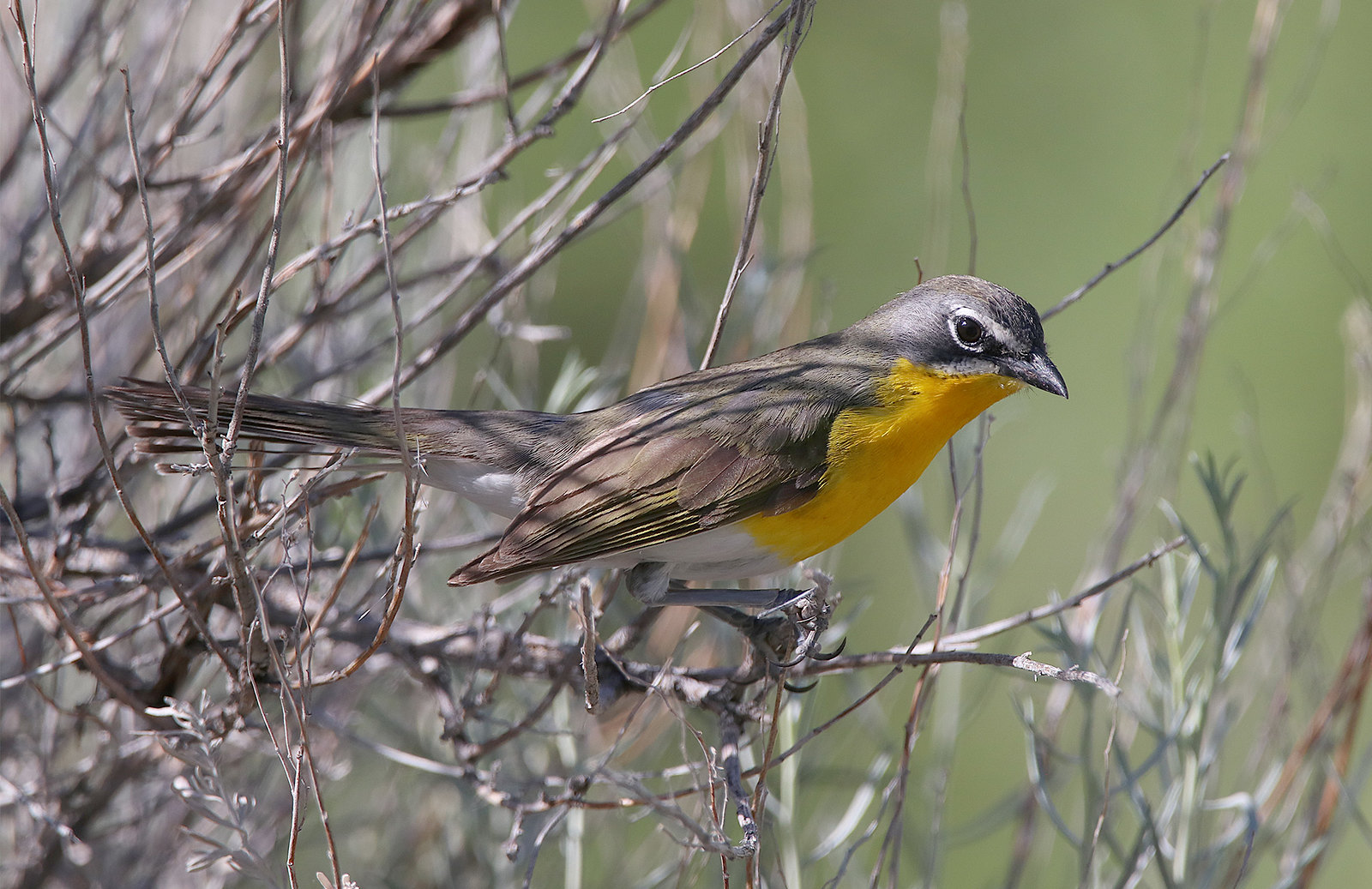 Yellow-breasted Chat are quite common in southern Idaho
After playing around a bit I made my way to the meeting are where I was shocked at the sheer number of off road vehicles scattered around on a Friday morning. It was busier than the busiest Saturday I had ever seen here and the constant roar of OHV’s was really annoying. It is the single worst thing about birding in the South Hills, and largely unavoidable due to the local population “outdoor” interests. Nonetheless, the noise didn’t seem to bother the birds too much as I heard and saw several Cassia Crossbill flyover calling. We took a short hike and within a few minutes located a handful of birds feeding on cones on the ground. Success! 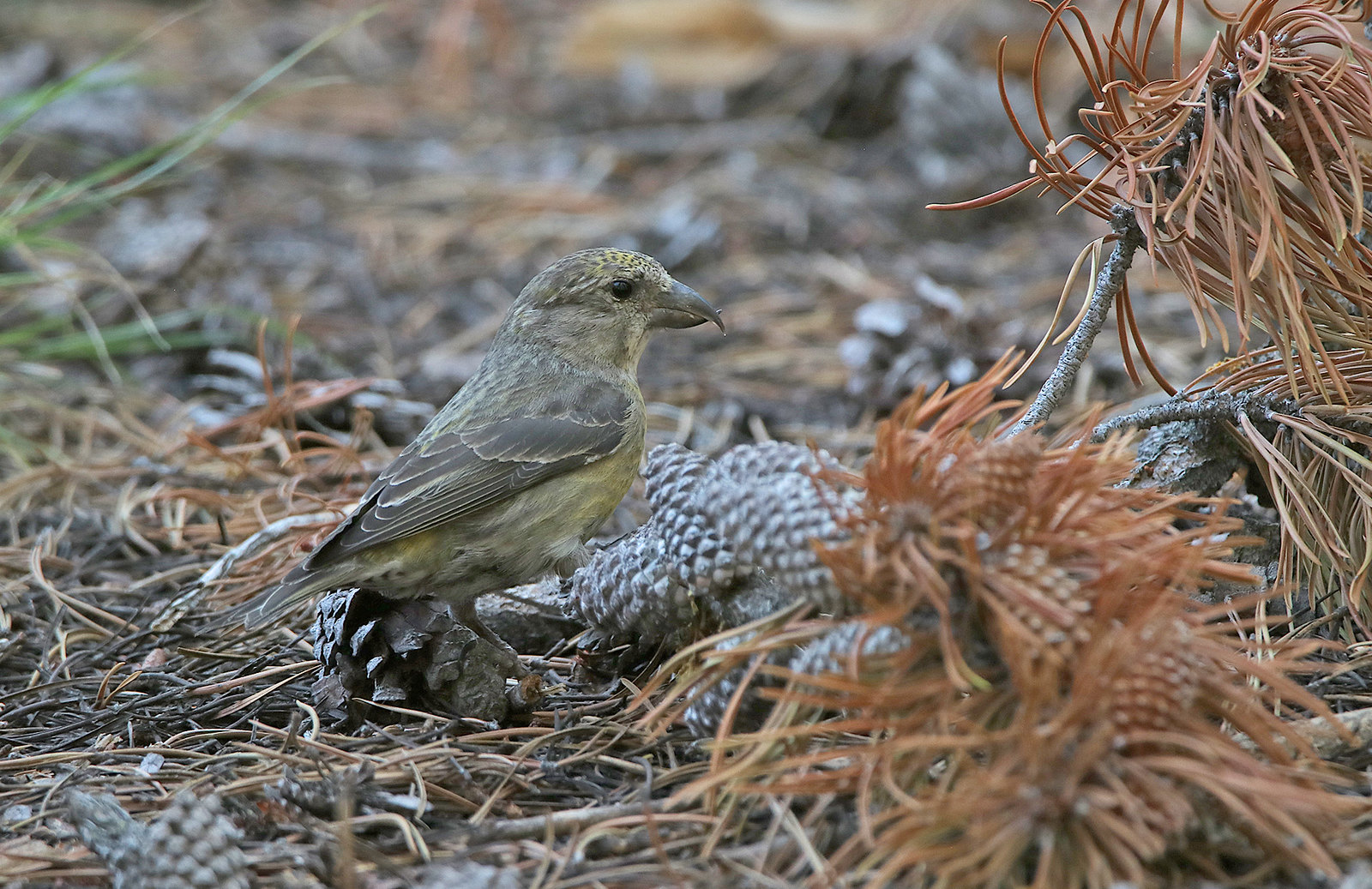 The star of the show, the Cassia Crossbill
The group enjoyed the close views and watching the feeding technique of these unique finches. Continuing birding here I heard tapping that sounded like a sapsucker so we headed in that direction and were greeted with a pair of Williamson’s Sapsucker! These birds were much more flighty than the crossbills, so we admired from a distance before letting them go about foraging. 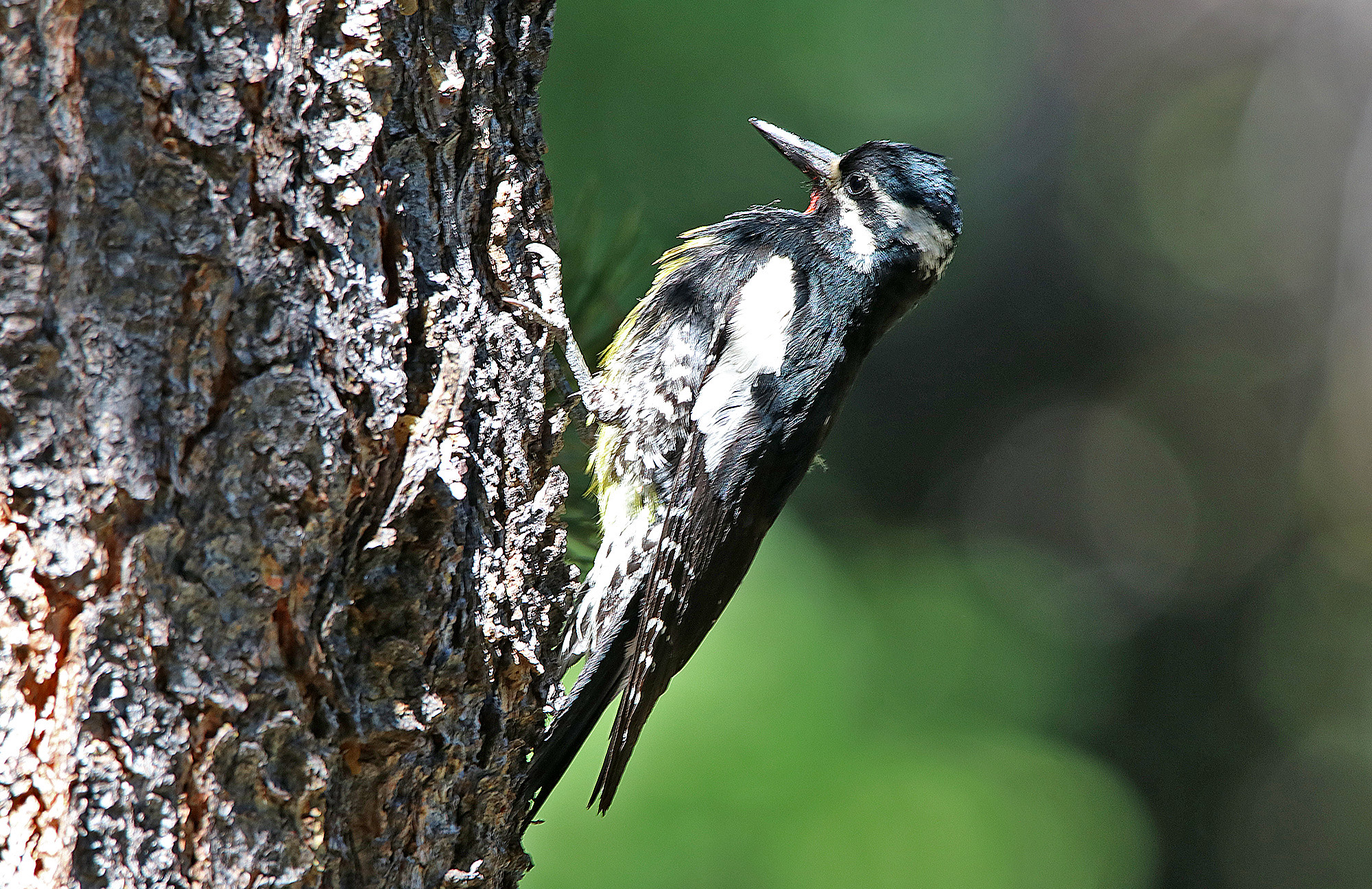 Williamson's Sapsucker is a nice surprise on any tour
As part of the group only wanted to see crossbills ad were going to head back towards SLC to see if they could catch an early flight home, I took the rest of the group and had them follow me to Brockman’s Feeding Station where the hummingbird show was in full effect. We nabbed all 3 breeders with Broad-tailed Hummingbird and Black-chinned Hummingbird making up the bulk of the birds. The highlight as usual was 3 Calliope Hummingbirds, all adult males coming in quite frequently allowing for good looks! 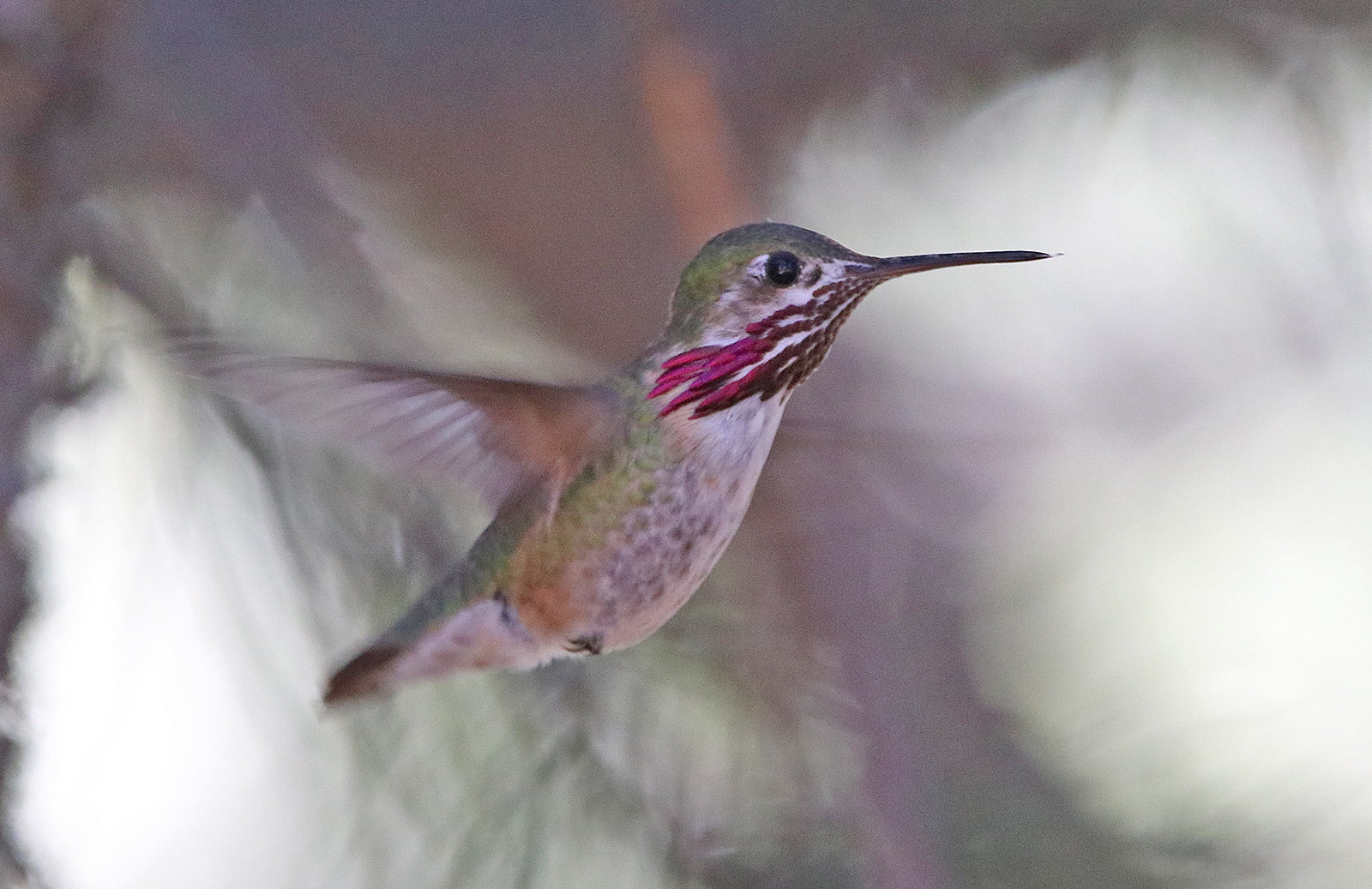 Calliope Hummingbird is reliable all summer in the South Hills
With the quest complete, I said farewell to my clients and made my way back to Salt Lake City. It is completely possible to get all these birds in a single day out of SLC, but it requires a lot of driving, and you don’t get to enjoy some of the amazing things southern Idaho offers. There are a lot of birds we weren’t able to cover not his short tour like some of the lowland owls, and game birds we usually see, as well as visiting the Snake River, and a local wildlife refuge for some great birding. Here is hoping 2021 allows us to get back on track!
Photos from this tour can be found here:
https://www.flickr.com/photos/mwbirdco/albums/72157717770577468